Melty blood Actress Again, is there an existing chd version of the game and how would I convert it if not or find any other means to play it on NAOMI 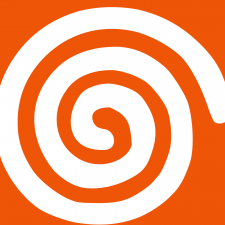 Edit: Ignore all the following (unless you're some how interested in it) I'm going to delete this because I actually solved the issue by trying the game in Demul, long story I mix up extracted game files and zips in a folder alot. I gave the zip file its own space on my switch this time and prayed to Zeuss that it didn't crash like always or show me an error screen and lo and behold, the game booted)

Yo, I'm back with another one of my ambitious internet hunts. Some backstory:I was recommended melty blood and I'm getting a new laptop soon so I thought I'd wait it out. I decided to go in and try play the games on my hacked switch running lineage OS (android 8.1) with Flycast. There exists 2 melty blood games for the NAOMI. Melty Blood Act Cadenza from 2005 and Melty Blood Actress again from 2008. After 4 hours I managed to get Act Cadenza to boot through fly cast fully playable and everything.

Now my concern is of actress again since I have yet to get that to work.Flycast supports just about every file type that a NAOMI game would be in. And the ticket to me getting Act Cadenza working was finding the game with a chd and zip file

I can't find one of the same for Actress Again. Just a bunch of files in a zip and a dat file with the whole game on it I belive. Booting those up results in retroarch crashing or me getting an error 1 or 2 for the NAOMI. Additionally I can acess the games configuration thingy where it displays as unkown title, but this is probably a result of the file structure.

So would there be any way to get Melty Blood Actress again to be converted into a chd or something so it can possibly be played on my switch?

1 answer to this question